The One Thing That Matters Most | Terri Broome 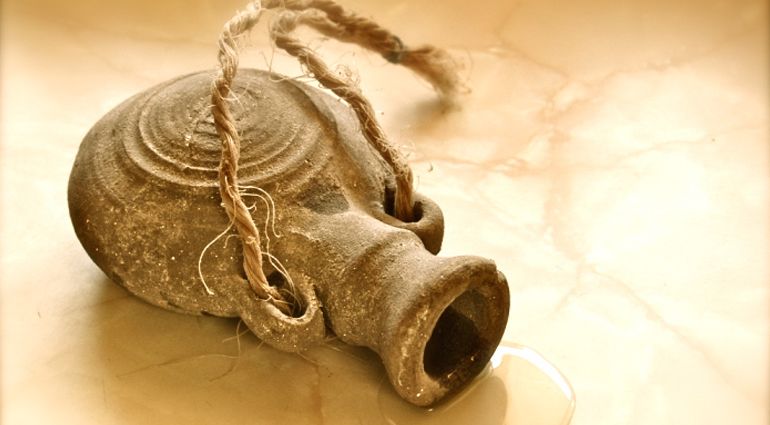 The One Thing That Matters Most

Have you ever planned a party for someone and by the time the people arrived, you were ready to shoot yourself and them? Trying to get the house clean, decorate, outdo the parties you attended of the people coming (just kidding; kind of), and still pretend like you’re enjoying it can be pretty exhausting.

Somehow, the person receiving the party became the least important part. The most important part became you and how you look as you throw the party, and how it will be perceived on social media.

“Even though Facebook and Instagram weren’t a thing when Jesus walked the earth, people were still the same.”

Even though Facebook and Instagram weren’t a thing when Jesus walked the earth, people were still the same. They were into what made them look like good people instead of being good people. We all say many things but Jesus knows what we are thinking…always. Let that sink into your soul. What we say does not matter, who we are is all that matters to God.

Jesus said something while He was here that sounded so callous and self-absorbed, but it is drenched with truth. If something made it into scripture, we should read and reread it. It is always so much more than what we see on the surface.

Here a dinner was given in Jesus’ honor. Martha served, while Lazarus was among those reclining at the table with him.  Then Mary took about a pint of pure nard, an expensive perfume; she poured it on Jesus’ feet and wiped his feet with her hair. And the house was filled with the fragrance of the perfume.

But one of his disciples, Judas Iscariot, who was later to betray him, objected,  “Why wasn’t this perfume sold and the money given to the poor? It was worth a year’s wages.”  He did not say this because he cared about the poor but because he was a thief; as keeper of the money bag, he used to help himself to what was put into it.

“Leave her alone,” Jesus replied. “It was intended that she should save this perfume for the day of my burial. You will always have the poor among you, but you will not always have me.”

“Who in the world would discount the needs of the poor and accept the pouring out of perfume that cost as much as a year’s wages? Jesus, that’s who.”

Who in the world would discount the needs of the poor and accept the pouring out of perfume that cost as much as a year’s wages? Jesus, that’s who. His behavior was so shocking as He walked the earth. I sometimes wonder if preachers read their Bible. Surely, if they did, they would stop being so predictable and boring and start being the unique human God made them to be.

“If we were full of the Holy Spirit the way we were meant to be, our lives and our words would be shocking.”

If we were full of the Holy Spirit the way we were meant to be, our lives and our words would be shocking. They would often get us into trouble. They would make many people love us and make many people hate us. I can tell you for sure, we would stick out like a sore thumb in a world full of religious robots. Jesus did not write the book called, “How to Win Friends and Influence People.” Jesus should have written a book called, “How to Call People Out and Make Them Want to Kill You.”

The woman who poured out the perfume on Jesus was Mary. The same Mary who sat at Jesus’ feet as her sister, Martha, tried to throw the perfect party. Mary amazes me. The whole world was trying to get to Jesus. Some people needed a miracle, some wanted to hear Him speak, some wanted to try to catch Him saying something He shouldn’t, and some wanted Him dead. She wanted one thing; to worship Him.

“She wanted one thing; to worship Him.”

Jesus praised her for this one thing over and over again. While Martha was busy trying to make a perfect impression, Mary was sitting at His feet soaking in His Words and His Presence. We have the privilege of reading exactly what Jesus said.

“Martha, Martha,” the Lord answered, “you are worried and upset about many things, but few things are needed–or indeed only one. Mary has chosen what is better, and it will not be taken away from her.”

“As Mary sat at His feet and listened to Him, she learned who He was. His Words went deep into her soul and changed her.”

As Mary sat at His feet and listened to Him, she learned who He was. His Words went deep into her soul and changed her. She saw herself differently and she saw Him as the most valuable human to ever live. She knew who was in her presence and she ignored everything else to be with Him. Jesus said, “it will not be taken away from her.” All the stupid stuff we get wrapped up in down here will burn up at the end of time. All the floors we vacuum and mop, all the couches we tell the kids not to spill stuff on, all the money we try to make so our kids can portray a perfect image; it will all count for nothing in the end.

“Every moment we spend in worship and adoration of Jesus will follow us into eternity.”

Every moment we spend in worship and adoration of Jesus will follow us into eternity. Because Mary spent so much time with Jesus, she no longer gave a flip about other people’s opinions. How do we know? By the time Jesus was about to be crucified, she spent a year’s wages on what was a waste to others but priceless to Jesus.

“She went to Jesus’ feet, in front of everyone, and made a fool of herself.”

She bought pure nard which was used to anoint kings and dignitaries heads. She went to Jesus’ feet, in front of everyone, and made a fool of herself. She was wrapped up in the worthiness of Jesus and saw no one else. She took her hair down, which was a huge no no in that culture, and wiped His feet with it. When we get serious about worshipping Jesus, we will get a little undignified. When we truly know the worth of the One we worship, we will not care about trivial things anymore. Our faces, our bodies, and our homes will only be vehicles to carry the glory of God to the earth. We will forget about impressing people and we will have eyes for one Man, Jesus Christ.

The King of Glory was being worshipped by Mary and all the men around her started to rebuke her and shame her for wasting money that could have helped the poor. Oh, how good that sounded as it hid the hearts that were greedy for position and money. Judas was the one speaking the loudest. Scripture tells what people were thinking, not only what they were saying.

He did not say this because he cared about the poor but because he was a thief….

“He knew what was the most valuable thing in the universe; He is.”

Jesus always spoke truth. He knew what was the most valuable thing in the universe; He is. One of the many lessons here is that Jesus does not value all the stuff we do. Everyone in that room was in the presence of the God of Heaven and they were all posturing and saying religious jargon. Only one person (and a woman) truly understood the privilege of the moment. She was the only one doing the right thing.

“In Mary, He found a person who cared about what she could do for Him.”

Jesus was here for a very short time and the people around Him followed Him largely for what He could do for them. In Mary, He found a person who cared about what she could do for Him. She believed in Him. She believed He was worthy of everything. She spent her money on Him, she gave Him her undivided time and attention, she lost her self-consciousness for Him. How unusual it must have been and still is for anyone to come to Jesus for only one reason; to love, adore, and worship Him. Those are the only truly alive people on the planet.

She anointed His feet. I can’t help but think that the Holy Spirit prompted this strange gesture.

As the world had its way with God’s Son as He was headed to the cross, God honored Him in so many ways. He rode the donkey into Jerusalem as the people waved palm fronds saying,  “Hosanna!” “Blessed is he who comes in the name of the Lord!” “Blessed is the king of Israel!” (John 12:13)

Pilate wrote above His head the truth, “The King of the Jews,” even though the religious leaders wanted it removed.

As the people arrested and ultimately killed Him, they had no idea they were fulfilling what was written by God hundreds and thousands of years before they were born.

“I believe He used Mary to anoint His beautiful feet before the nails were driven into them.”

I believe He used Mary to anoint His beautiful feet before the nails were driven into them. I wonder if the fragrance was still strong as the soldiers nailed them to the cross.

Jesus said, “Truly I tell you, wherever the gospel is preached throughout the world, what she has done will also be told, in memory of her.”

I googled “Mary and the alabaster box.” Two thousand years later, we are still speaking of her through songs, books, poems, sermons, and blogs.

Every word spoken from the mouth of Jesus will come true to the smallest detail. Oh, how each of us should pour our lives into the one thing that matters and won’t be wasted.