Parenting is No Joke | Terri Broome 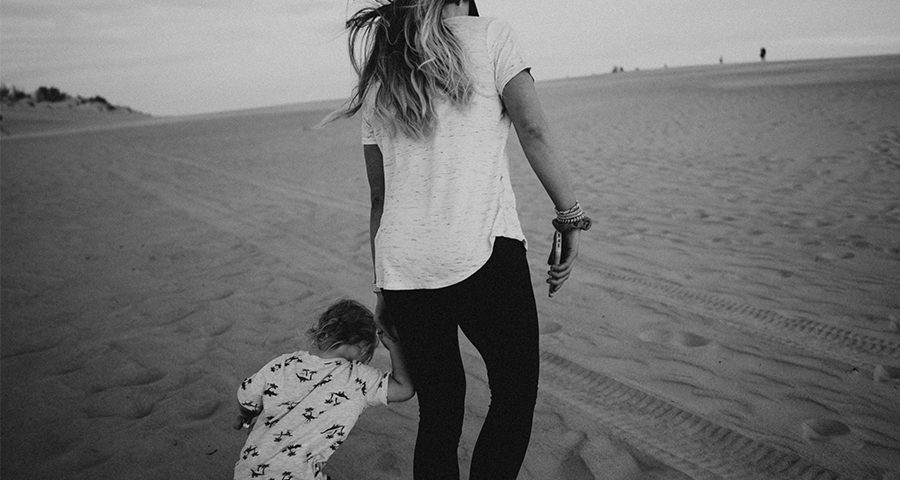 "Parenting is No Joke"

We’ve all been to the grocery store and tried our best to get out of earshot of the child throwing a temper tantrum because he or she can’t have something they want. The helpless mother is embarrassed and red-faced because the child doesn’t care about anything but getting its way. Ultimately, for the peace of everyone involved, the child gets what it wants and all is well in the world again. Or is it?

“Our Creator did not leave something as precious as the soul of your child to chance. He gave specific instructions on how to have a child that not only brings delight to you, but will someday be a blessing to the world around them.”

When I see the above scenario, I want to take that momma to the side and say, “It doesn’t have to be this way. There are instruction books for everything in this world including how to raise children. Our Creator did not leave something as precious as the soul of your child to chance. He gave specific instructions on how to have a child that not only brings delight to you, but will someday be a blessing to the world around them.”

A rod and a reprimand impart wisdom, but a child left undisciplined disgraces its mother.

No discipline = a disgraced mother

Scripture says something interesting about the last days.

But mark this: There will be terrible times in the last days. People will be lovers of themselves, lovers of money, boastful, proud, abusive, disobedient to their parents, ungrateful, unholy, without love, unforgiving, slanderous, without self-control, brutal, not lovers of the good, treacherous, rash, conceited, lovers of pleasure rather than lovers of God–having a form of godliness but denying its power. Have nothing to do with such people.

“The further people have drifted from biblical discipline of their children, the crazier that world has gotten.”

Earthquakes, famines, wars, hurricanes and pestilences tell us the last days are here, but look no further than any schoolyard to see the true sign of the last days. The further people have drifted from biblical discipline of their children, the crazier that world has gotten. Society becomes evil one person at a time. A huge shift does not happen overnight. Turn on the television and that scripture is exactly what we see. Parents have not disciplined their children. Psychologists have told us that spanking our children will make them violent and disrespectful. Society has listened and we see the results.

The coddled children of the world have grown up and they make up the people of these last days. Scripture says the last days will be like the days of Noah. People didn’t listen to God then and the world got so unbearable God had to destroy it and start over. He promised afterward to never do that again.

However, we are back in almost the same boat (pun intended). That’s why these days are called the “last days.” If God doesn’t come back and destroy the world as we know it, it will only get worse and worse.

“Parents, if your children do not listen when you speak, you have failed them and your God miserably.”

Parents, if your children do not listen when you speak, you have failed them and your God miserably. You may think they will love you when you give into their begging, but according to scripture they will have no respect for you, lack natural family love, and be brutal. That’s terrifying.

If you are reading this and your children are still small, take heed. God has given us a way to impart wisdom to our children. It’s so easy that anyone can do it. However, it takes faith.

There is a way that seems right to a man, but its end is the way to death.

“When you feed their selfishness for your own comfort, you are being a willing party to their death.”

Then take heed, that’s the real Johnny. As a parent, it is your job to train that little one. They have a sin nature that wants to take them straight to hell. If you don’t fight that fight for them, you will help take them there. When you feed their selfishness for your own comfort, you are being a willing party to their death.

Discipline your children, for in that there is hope; do not be a willing party to their death.

That death spoken of is eternal death and separation from God. This is serious business.

How do we help our children become wise and love the One who is the very fountain of wisdom (God)? The rod (a wooden spoon or something like that) and reprimand (correction with words). It’s that simple.

God made us and He knows exactly what to do with us from the cradle to the grave. If we ignore what He has said when it comes to our children, the repercussions can be eternal. He knows that words alone will not make a child do what we say. Therefore, He tells us to speak to them and follow it up with a little heat to their bottom if they don’t listen.

“Discipline is hard and unpleasant for the person doing it and the child receiving it.”

How do those two things work together to bring wisdom and eventually save a child’s soul from hell? I can’t tell anyone the science behind it but I know it works. It makes no sense logically but I have seen the deep and mysterious results in my own children. Discipline is hard and unpleasant for the person doing it and the child receiving it. We have all been fed a lie that life should be nothing but pleasant at all times.

No discipline seems pleasant at the time, but painful. Later on, however, it produces a harvest of righteousness and peace for those who have been trained by it.

“The scripture plainly describes our world and it says they have a form of godliness but they deny its power.”

I believe many people (adults and children) are so selfish that they have fooled themselves into thinking they are born-again Christians when they actually only have “a form of godliness.” They have heard the gospel and think that it is all about them. God offers them what they want and they go grab it and now God is like their parents… slaves to their desires. The scripture plainly describes our world and it says they have a form of godliness but they deny its power. Their godliness is nothing but worshipping a god they made up in their own mind who is a lot like mom and dad… powerless and spineless.

Parenting is no joke. It is the most important job anyone on the planet will ever do. To have a book that tells us exactly how to do it and to ignore it, is one of the most grievous sins of our generation.

“If you don’t help them say “no” to themselves through discipline, you will create a “self” monster.”

God gave us one of the most powerful things on the planet, a brain. Our brains are more sophisticated than the greatest computer on the planet. When children’s brains are growing and forming, God says to speak to them and then spank them if they don’t listen. It teaches them to think. It teaches them logic. It teaches them respect and self-control. As they learn to control themselves and obey their parents, they are happy. They know their boundaries and they aren’t constantly trying to see how much further they can go. They have peace because they know their parents are in control. The most unhappy children in the world are the ones that run their homes. They hate themselves and will eventually hate their parents. Why? Because they are used to having their own way. When a parent steps in and says “no,” you become their enemy. If you don’t help them say “no” to themselves through discipline, you will create a “self” monster.

“Don’t be a willing party to the spiritual death of your child.”

Parents, wake up! Don’t be a willing party to the spiritual death of your child. Get into the book of Proverbs. Start today and see what God says about discipline. Apply it to your children’s lives and watch them become wise.

Ignore it, and see how dreadfully true God’s Word is.

**Shepherding a Child’s Heart is a great book for young moms. Get it and start a group. Encourage each other and help each other.